Summer Months In Melbourne & How To Survive The Heatwave Season

The weather has an impact on everyone. It affects day-to-day living, businesses, crops, and tourism, among many other things. When it comes to Melbourne, the city has a temperate climate with warm-hot summers, the spring and fall are pleasant and mild, and the winters are cool and crisp. Melbourne is rarely uncomfortably cold or painfully hot; yet, it can become unbearably hot when temperature extremes do occur from time to time.

While air conditioning is a must for Melbourne summer, ducted heating provides warmth and comfort to the residents in the winter. Even though Melbourne is renowned for its unpredictability in terms of the weather – it can have four seasons in one day – the city can be enjoyed all year long. However, the city is prone to temperature fluctuations because it can be accessed by both dry and hot air masses from the Australian desert and cold air masses from the sea around Antarctica, resulting in temperature swings.

Ah, Melbourne summer. There’s nothing quite like it anywhere else. The days are hotter (and maybe a little too hot), and longer. On some of the hottest days, the north winds can be fairly powerful. There is usually just one or two days in succession that are hot. In very rare cases, hot weather can last for a week or longer without a break.

Melbourne has a varied climate, with temperatures rising from December to February (summer) before autumn starts from March to May. 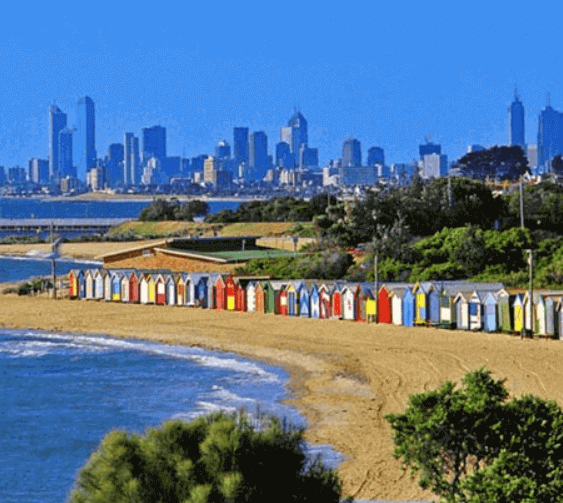 During the months of January and February, Melbourne experiences its peak summer season; a typical day is warm and bright, with a refreshing sea breeze blowing in from the south in the afternoon. As January and February are the hottest months, around 40 degrees Celsius, is generally recorded during these two months. During these two months, the year’s warmest night, with a minimum temperature of around 24 degrees Celsius, is also recorded.

Summers in Australia are typically not hot, and they can even be mild at times, but they can be scorching hot at times when the winds blow from the north, which comes from the blistering hot Australian desert. If the heatwave is not too intense, the temperature will remain around 30/35 °C (86/95 °F), but if it is, the temperature will occasionally reach 40 °C (104 °F).

If you want to know more about Melbourne’s monthly temperature, you can visit the government’s official Bureau of Meteorology website.

Heatwaves and the expected increase in their frequency and intensity are of particular interest in Australia, where they have an impact on a variety of sectors. Heatwaves have claimed the lives of more Australians than any other natural disaster put together. More than 400 people lost their precious lives as a result of severe heatwaves in southeastern Australia in 2009, when Melbourne sweltered through three consecutive days with temperatures at or above 43 degrees Celsius in late January.

How To Survive Heatwave In Melbourne

Summers in Melbourne can bring heatwaves and days of intense heat. That is why Melbourne has developed a Heatwave Response Plan. When a heat health alert is issued, the plan calls for contacting service providers, government agencies, and community group organisations that engage with people who may be vulnerable to heat-related illnesses.

The city of Melbourne can encounter frequent excessive heat days of 35 degrees or more, mixed with hot nights that remain in the twenties, during the summer. That being said, staying cool in an air conditioned home or office is more than a luxury, it is important for your health.

The best way to survive the Melbourne heatwave is to keep your house or place of work cool. When the temperature is extremely high, it is advisable not to turn up the air conditioning to save a few dollars because this puts your air conditioning unit in an uphill battle when trying to cool down your home. Set your thermostat to 75-78 degrees (or more) and get used to putting up with a bit of extra heat in your home.

If you don’t have an air conditioner, we recommend you to have one because it is the best and most effective way to survive the heatwave and beat the summer heat in Melbourne.

We highly recommend using a ceiling fan + air conditioner to beat the heat. One of the most common misconceptions regarding ceiling fans is that they chill the air in a room…this is just not true! It is important to understand that the fan will help dry up the moisture on your skin and make you feel cooler. So, if you use a ceiling fan along with an AC, it will put less burden on the air con to cool your place.

Whether you need air conditioning installation service, AC service, AC repair, or AC replacement, you can contact qualified AC professionals of ComfyHome. After all, working with an unprofessional company may result in the technicians failing to do their duties properly. If they make an installation mistake, fail to identify an issue, or make a mistake during the repair, your system will not function as intended.

Contact us at 1300 266 394 for further queries about air conditioning and how it can make your life cool & comfortable in Melbourne.

A ONE-STOP SOLUTION For All Your Heating & Cooling Needs